After having settled on a pose both dynamic, powerful and cool my approach was simple: Big pieces first. Details later.

This was the pose I was most happy with: 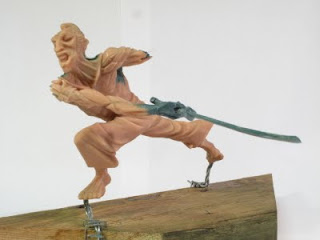 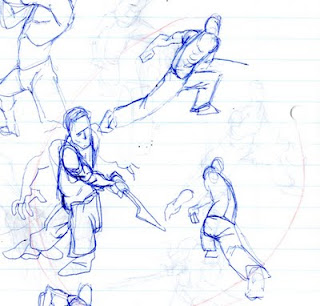 Even though there is a lot of movement in the sketch, I still thought it was too stiff. That happens a lot when I sit and sketch. Then I usually correct it in the sculpting phase. 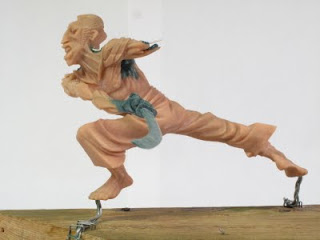 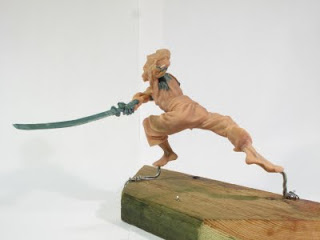 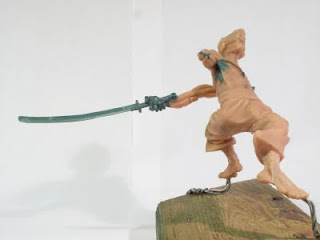 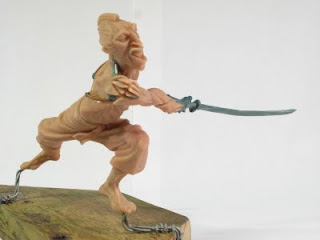 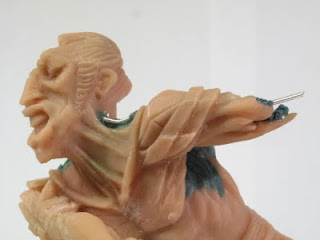 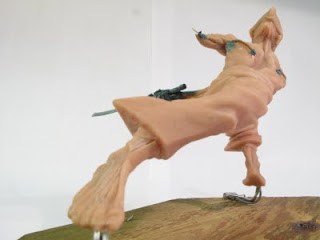 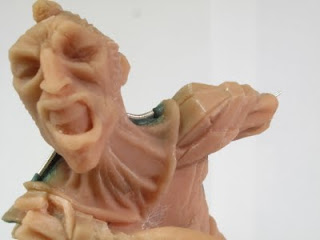 Photos by: Fruzsi Gaal
This time I learned just how much facial expressions affect muscles in the neck. I made a small study of neck veins using a mirror and my "angry face" I'll say it again; Human anatomy is a facinating thing!

To truly make the robotic parts seem so alien on the ronin, I decided to give him a very traditional japanese hairdo. So it would not only be a clash of flesh and technology, but also a clash between progress and tradition.

I did the sculpy parts first, then the hand and sword in green stuff. The wires were discarded guitarstrings given a second chance at life.

Once I get some paint on it, it will hopefully be a bit more clear what I'm trying to achieve:)
Indsendt af Morten Lassen kl. 09.24 Ingen kommentarer:

Being a huge Frank Miller fan I very quickly decided to do my own version of Frank Miller's Ronin: A japanese warrior with cybernetic arms and legs. http://en.wikipedia.org/wiki/Ronin_%28DC_Comics%29 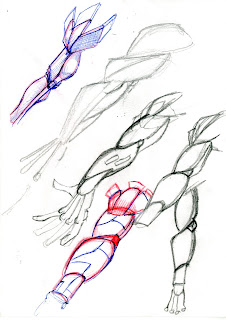 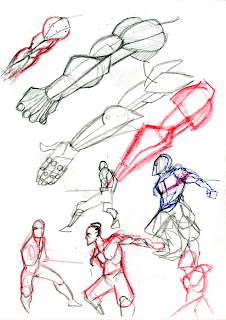 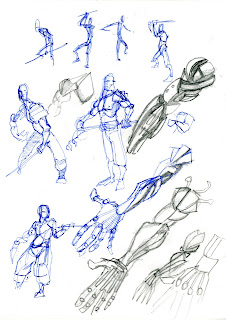 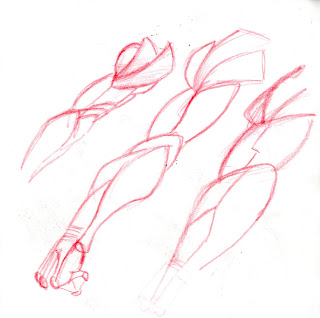 The robot arms and legs would still have look very organic, which pleased me as I've always found human anatomy to be the most interesting thing to draw and sculpt. Next up I had to choose the pose...

That turned out to be quite a challenge as there were too many tempting ideas to explore!!

To illustrate, here's just a few of the ones I really liked... 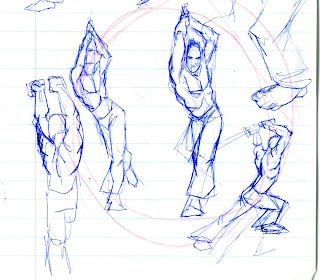 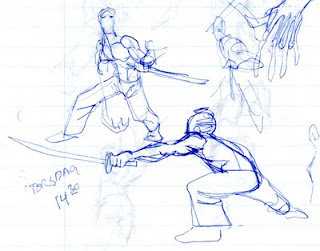 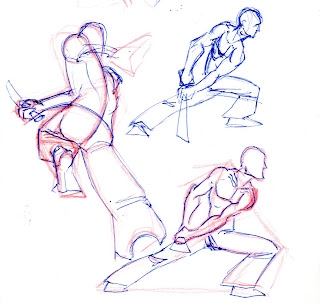 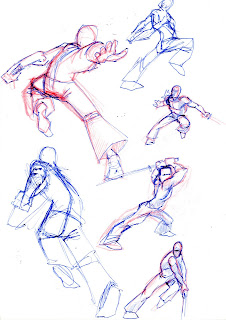 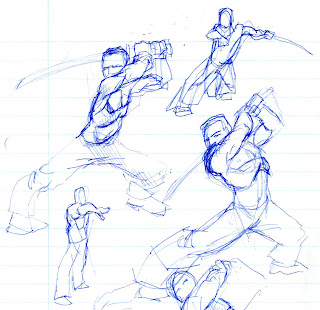 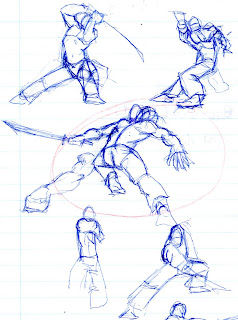 To make it clear he was half robot, I decided he'd have one of his arms cut off. This would also make the sculpture easier to give a dynamic pose, as there'd only be one arm to consider when posing. The arm not holding the sword could easily get in the way and spoil the finished result. As an added bonus, I wouldn't have to spend so much time copying the design of the first arm and make the mechanics in the arm work.

Its amazing how individual arm muscles react to the slightest position changes in the arm. I'd definately want to dodge that bullet, as I weren't going to copy the arm muscles directly from reality. That would have made an organic arm pointless to begin with.
Indsendt af Morten Lassen kl. 01.48 Ingen kommentarer: